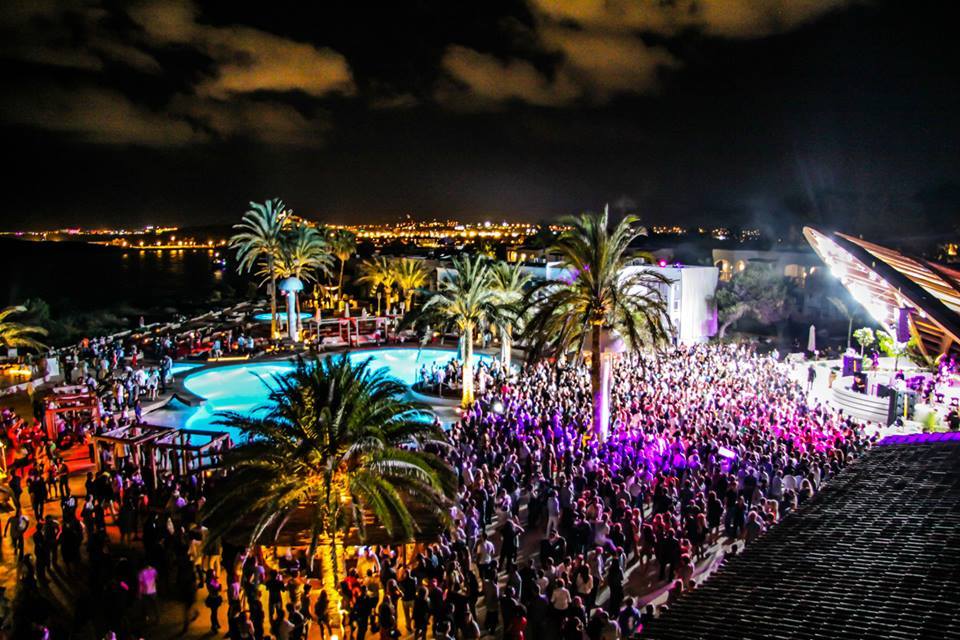 Ibiza is considered to be popular tourist destination, especially due to its legendary and at times riotous nightclub based nightlife centred on two areas: ibiza town, the island's capital on the southern shore and sant antoni abad to the west.

Well-known nightclubs are Privilege, Ushuaia, Amnesia, Hi ibiza, Pacha, Es Paradis, Dc10... Each one with his differentiated music style and atmosphere that we'll explain in the next blogs.

During the summer, the top producers and DJs in dance come to the island and play at the various clubs, in between touring to other international destinations. Some of the most famous DJs run their own weekly nights around the island. Many of these DJs use Ibiza as an outlet for presenting new songs within the house, trance and techno genres of electronic dance music.

The season traditionally begins at the middle of may with opening parties and finishes on the first weekend of October with the Closing Parties. A typical schedule for clubbers going to Ibiza includes waking at noon, early evening naps, late night clubbing, and "disco sunrises."

Also well-known is Café del Mar, a long-standing bar where many tourists traditionally view the magicl sunset. That and other bars nearby have become an increasingly popular venue for club pre-parties after sunset, hosting popular DJ performers, like Café Mambo. Other beach clubs like Blue Marlin Ibiza, Cotton Beach Club, Nikki Beach or Cala Basa Beach Club are famous too for his beaches and good atmposhere.

From Drink Home Ibiza we love each and every one of the leisure sites that this magical island offer us!